You can be young without money but you can't be old without it.

If you are in your late 50s or early 60s, you've probably obtained an estimate for how much Social Security income you will receive when you retire. Most retired Americans depend on their Social Security checks to provide a significant amount of their overall retirement income.

A few weeks ago, the U.S. Government Accountability Office issued a lengthy report  (82  pages) on the government's Social Security offset activities. Here are some of the highlights.
GAO also reported that several hundred thousand people who have experienced Social Security offsets are totally disabled and entitled to have their student loans forgiven, but only a minority of these people have applied for loan forgiveness (p. 31). Commendably, DOE has suspended offsets for people who are totally disabled whether or not they applied for loan forgiveness.  Unfortunately, the government treats the amount of the forgiven debt as taxable income (p. 31).

The GAO report is packed with additional information and findings, but the bottom line is this: The government is hectoring elderly and disabled student-loan defaulters even though the amount of money the government collects is a pittance. Most of the money collected goes toward paying down fees and accumulated interest and does not reduce the individual defaulters' loan balances.

In short, the Department of Education's Social Security offset practices is pointless. Elderly or disabled people who defaulted on their student loans and are surviving on their Social Security checks will never pay off their loans.

Sandy Baum, a widely renowned expert on student loans, recommended in her recent book that the government stop offsetting the Social Security checks of defaulted student-loan debtors. Does anyone disagree?

In fact, the government's Social Security offset practices strike me as an administrative form of sadism--the bureaucratic equivalent of small children who joylessly tear the wings off of insects.

Senator Elizabeth Warren has called for an end to the practice of garnishing student-loan defaulters' Social Security checks. Surely she can gather legislative support for a law that bans this practice. If she can't get that done, then Senator Warren is really not much of a consumer advocate. 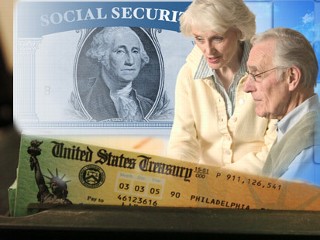 Posted by Richard Fossey at 2:07 PM