The Department of Education denies student-aid money to Globe University and Minnesota School of Business: Surely the end is near for Globe/MSB

The Department of Education announced this week that it is suspending Globe University and Minnesota School of Business from participating in the federal student aid program. Last September a Minnesota judge ruled that Globe and MSB had fraudulently marketed their criminal justice programs, and the Minnesota Office of Higher Education began the process of revoking the schools' authorization to operate.

Globe and MSB had over 9,000 students as recently as 2010, but enrollments plummeted after the Minnesota Attorney General's Office began investigating the institutions. According to a news story, students spent as much as $80,000 to obtain degrees in criminal justice, but these degrees did not lead to jobs as Minnesota police or probation officers. Apparently, the schools' programs were not accredited by the Minnesota Board of Peace Officer Standards and Training.

It is hard to see how Globe and MSB can continue to operate without as steady infusions of federal student-aid money. Together the two schools received more than $50 million in federal aid money for the 2014-2015 academic year.  Earlier this year, DOE cut ITT Tech off from federal student-aid money, and that institution closed and filed for bankruptcy shortly thereafter. It seems likely that Globe University and MSB will be closing soon--perhaps within a few weeks.

It is good to see DOE and state attorneys general going after for-profit institutions that prey on unwary students. Without a doubt, vigorous enforcement actions will force a lot of shady institutions to close.

But hundreds of thousands of students have taken out billions of dollars in federal student loans to attend for-profit institutions, and their student loans are not automatically forgiven if the institution they attended is found liable for fraud. Although DOE has a closed-school loan forgiveness program and a process whereby students can seek loan forgiveness if they were defrauded by the college they attended, both processes are cumbersome and slow.

In my view, all students who attended a for-profit college should have their student loans automatically forgiven if the college they attended is found liable by a competent court of defrauding students  or violating consumer protection laws. Of course, discharging all these student loans would be a huge hit for taxpayers, but it is not fair for students who were lured into taking out loans to receive substandard training or education from sketchy for-profit colleges to be burdened by debt they simply will never be able to pay. 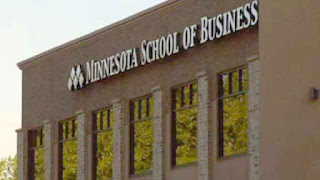 Posted by Richard Fossey at 2:20 PM