ECMC n v. Acosta-Conniff: Just because you made some bad decisions doesn't disqualify you from discharging your student loans in bankruptcy

Alexandra Acosta-Conniff (Conniff), a single mother of two and an Alabama school teacher, took out student loans to further her education; and she eventually obtained a Ph.D. degree from Auburn University.  She made some payments on her loans, but she put them in deferment for several years due to her low income and her family situation.

Interest accrued on the loans while they were in deferment, and by the time Conniff filed for bankruptcy, her loan balance had grown to $112,000.  In 2013, Conniff filed an adversary action against Educational Credit Management Corporation, seeking to discharge her student loans in bankruptcy.

At the trial on her adversary complaint, Conniff (who argued her case without a lawyer), presented evidence that her expenses slightly exceeded her income and that she was only able to make ends meet by getting financial aid from her parents.

ECMC opposed bankruptcy relief, arguing Conniff should be put into an income-driven repayment plan. ECMC also maintained that Conniff had discretionary income she could devote to making loan payments because she made voluntary payments of $220 a month to her retirement plan.

Judge William Sawyer, an Alabama bankruptcy judge, applied the three-part Brunner test to Conniff's circumstances and concluded that she passed all three parts. First, she was unable to pay off her loans and maintain a minimal standard of living for herself and her children. Second, additional circumstances existed showing that it was unlikely that her financial circumstances would improve during the loan-repayment period. Finally, Judge Sawyer was convinced that Conniff had handled her student loans in good faith.

In deciding Conniff's case, Sawyer, wrote that he was familiar with teachers' pay levels in Alabama, and he considered it unlikely that Conniff's pay as a teacher would increase significantly in the years to come. The judge estimated that Conniff's working life would extend no more than 15 years and that she would be unable to repay her student loans in that time period. Thus, Judge Sawyer discharged Conniff's loans in their entirety.

ECMC appealed to a U.S. District Court, arguing that Judge Sawyer had misapplied the Brunner test. Judge W. Keith Watkins, who heard the appeal, sided with ECMC and specifically found that Conniff failed Brunner's second prong because she had not demonstrated additional circumstances showing that it was unlikely she could repay her student loans in the future.

Essentially, Judge Watkins expressed disapproval of Conniff's decision to obtain a Ph.D. "[Judge Watkins] opined that Conniff has only herself to blame for incurring student debt in the pursuit of multiple degrees that she should have known would not lead to an increase in income sufficient to cover the debt."

Although [Conniff] is not satisfied with the pay the advanced degrees ultimately have yielded, Conniff chose to earn four degrees, funded primarily by student loans, in her preferred career path of education with a general understanding of the benefits she wold obtain from the degrees versus the costs. She admits specifically that she decided to obtain another student loan to earn her pinnacle Ph.D. in special education and agreed to repay it, knowing how the cost of the Ph.D. compared with the increase in pay it would provide. Conniff finds herself in circumstance largely of her own informed decision-making, which although not dispositive is a consideration.

Conniff, who by now had obtained excellent legal counsel in the person of retired bankruptcy judge Eugene Wedoff, appealed the district court's decision to the Eleventh Circuit Court of Appeals. There, she was more fortunate.  The Eleventh Circuit panel reversed Judge Watkin's opinion and remanded Conniff's case for further consideration.

[T]he second prong [of Brunner] is a forward-looking test that focuses on whether a debtor has shown her inability to repay the loan during a significant portion of the repayment period. It does not look backward to assess blame for the student debtor's financial circumstances. Thus, even if the court concludes that a debtor has acted recklessly or foolishly in accumulating her student debt, that does not play into an analysis under the second prong. Nor should it be considered on remand in analysis of that prong. [emphasis supplied]

The Eleventh Circuit decision (which was not published) is not an outright win for Conniff. She must return to the district court to enable Judge Watkins to reconsider her situation under the Brunner test in accordance with the Eleventh Circuit's directive. But it is a good decision overall, not only for Conniff, but for many other student-loan debtors in bankruptcy.

Let's face it. Millions of distressed student debtors are indebted up to their eyeballs by student loans at least partly because they made some questionable decisions. Perhaps they obtained their degrees from expensive for-profit colleges instead of enrolling in a more reasonably priced public institution. Maybe they chose professions that will not lead to high-paying jobs. Perhaps they changed majors midway through their studies and incurred additional costs.

But the Eleventh Circuit of Appeals has ruled that judges should not examine a debtor's past when determining future ability to repay student loans. The second prong of the Brunner test "is a forward-looking test" and "does not look backward to assess blame."

Thus, although the Eleventh Circuit's decision in Acosta-Conniff v. ECMC did not rule decisively in favor of cancelling Conniff's debt, she can take comfort from the fact that the lower court will consider her circumstances without blaming her for going to graduate school. 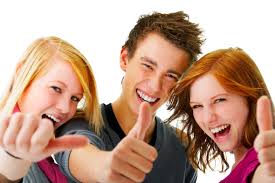 Richard Fossey & Robert C. Cloud. Tidings of Comfort and Joy: In an Astonishingly Compassionate Decision, a a Bankruptcy Judge Discharge the Student Loans of an Alabama School Teacher Who Acted as Her Own Attorney. Teachers College Record, July 20, 2015. ID Number: 18040.