Hill v. ECMC: A veteran seeks to discharge her student loans in bankruptcy

Risa Rozella Hill enrolled at Wichita State University after getting out of the Army, and she obtained a bachelor's degree in social work in 2002. She went on to pursue a master's degree from Newman College but did not graduate. In 2008, she received an MBA from DeVry University.

Hill financed her studies with 23 student loans totally $127,000. She never paid anything on these loans, but she was never in default because she obtained various deferments or forbearances that entitled her to skip her loan payments.

In 2013, Hill began to experience symptoms of psychosis, including delusions, hallucinations, and voices that "instructed her to behave in certain ways." In 2014, she was involuntarily committed to psychiatric care in a Georgia hospital. She was diagnosed with bipolar disorder and post-traumatic stress disorder (PTSD).

Hill was released from the hospital, but she was readmitted to another hospital a few months later after showing signs of psychosis. She was released again in November 2014.

Prior to filing for bankruptcy, Hill experienced periods of homelessness. The Social Security Administration deemed her disabled and she began receiving disability-benefit checks--her sole source of income. She also began living in publicly subsidized housing.

In 2017, Hill filed for bankruptcy and sought to have her student loans discharged. Hill was represented by the Atlanta Legal Aid Society. Educational Credit Management entered the litigation as the sole defendant.

In evaluating Hill's claim, Judge Sage Sigler applied the three-pronged Brunner test to determine whether repaying the loans would constitute an "undue hardship" under 11 U.S.C. § 523 of the Bankruptcy Code. In Judge Sigler's opinion, Hill's disability income was hardly adequate to meet her basic needs.  Hill could not maintain a minimal lifestyle if she were forced to pay back her student loans, Judge Sigler concluded; and thus, Hill satisfied the first prong of the Brunner test.

Moreover, Judge Sigler continued, Hill's financial circumstances were unlikely to improve during the loan repayment period. "[T]he weight of the evidence demonstrates that [Hill's] condition will persist indefinitely," Judge Sigler observed; and any recovery from Hill's bipolar disorder was "purely speculative." Indeed, Judge Sigler wrote, "The prospect of [Hill] obtaining and maintaining employment commensurate with her prior jobs is unfortunately hopeless." In short, Hill met part two of the Brunner test.

Part Three of the Brunner test required Hill to show that she had handled her student loans in good faith.  Again, Judge Sigler ruled in Hill's favor. Hill met the good faith standard in spite of the fact she had not made a single loan payment.

Judge Sigler pointed out that Hill took the steps necessary to obtain deferments or forbearances, which the judge evidently viewed as a sign of good faith. Moreover, the judge noted, "Good faith effort only requires the debtor to have made payments when she was in a position to make such payments. [Hill] was never in such a position."

In some ways, the Hill decision is unremarkable. Hill's mental illness (psychosis and PTSD) clearly qualified her for a student-loan discharge. What is remarkable is the fact that ECMC opposed it. ECMC dragged out its shopworn tactic of demanding that Hill sign up for REPAYE, a long-term income-based repayment plan--a plan that would have required her to make monthly payments of zero dollars due to her low income.

But Judge Sigler did not buy that line. ECMC's calculation of Hill's loan payments under REPAYE demonstrated that Hill had no discretionary income to dedicate to student-loan repayment. "The very reason [Hill's] payment amount would be zero-dollars a month under REPAYE is because she cannot afford to make payments under her student loans and maintain a minimal standard of living."

The Hill case is probably most significant as another case in which a bankruptcy judge refused to adopt ECMC's tiresome argument that all student-loan debtors should be placed in income-based repayment plans as an alternative to bankruptcy relief.  Judge Sigler identified the fundamental flaw in ECMC's argument, which is this: Debtors so destitute that they are required to make zero-dollar payments on their student loans clearly meet the first criterion for student-loan relief under Brunner. They cannot maintain a minimal lifestyle and pay off their student loans. 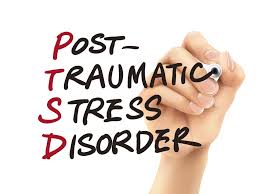 Department of Education inflated student-loan repayment rates for nearly every school and college in the United States! Playing for Time

The Wall Street Journal published a story a few days ago that is truly shocking.  Based on WSJ's analysis, the Department of Education has inflated student-loan repayment rates for 99.8% of all colleges, universities, and trade schools in the United States.

Earlier this month, DOE acknowledged that a "coding error" had caused the Department to mistakenly under report the student-loan default rates at many schools and colleges. But the magnitude of the error wasn't generally known until the Journal published its own analysis.

According to WSJ, at least half the students who attended more than a thousand colleges and trade schools had either defaulted on their student loans within 7 years of beginning repayment or failed to pay down even one dollar of their student loan debt.

This news is shocking, but not surprising. DOE has been misleading the public for years about  student-loan default rates.  Last autumn, for example, DOE reported a 3-year default rate of about 10 percent, a slight decrease from the previous year. But that figure did not take into account the people who had obtained forbearances or deferments and weren't making payments.  The five-year default rate for a  recent cohort of  student debtors is more than double DOE's three-year rate: 28 percent.


And last September, DOE mislead the public again. The Department  identified 477 schools where more than half the students had defaulted or failed to pay down their loan balances 7 years into repayment. But we now know the figure is more than double that number: 1029.

The implications of this new data are staggering. Obviously, the federal student-loan program is a train wreck. Millions of people have student loans they will never pay back. Eight million have defaulted and millions more are making payments so low that their loan balances are growing due to accruing interest.

Several large for-profit colleges have closed under allegations of fraud.  Corinthian Colleges and ITT together have a half million former students. DeVry, which just reached a settlement with the Federal Trade Commission, has a total of more than a quarter of a million students who took out federal loans to finance their studies. Accumulated debt for DeVry students alone is more than $8 billion.

Like the inmate musicians of Auschwitz, DOE's response to this calamity has been to play for time. It has encouraged millions of people to sign up for income-drive repayment plans (IDRs) under terms such that IDR participants will never pay off their loans.  And DOE has set up a cumbersome procedure whereby students who believe they were defrauded by a college can apply to have their student loans forgiven.

But there is only one way out of this nightmare: bankruptcy relief. Ultimately Congress will have to repeal the "undue hardship" provision in the Bankruptcy Code, which has made it virtually impossible for overburdened student debtors to discharge their loans in bankruptcy.

Until that happens, President Trump's Department of Education should modify its harsh stance toward bankrupt student loan debtors. DOE must stop insisting that every bankrupt student borrower should be pushed into an IDR that stretches loan payment periods out for 20 or 25 years.

Student loan debtors who are honest and broke should be able to discharge their student loans in the bankruptcy courts. Within a couple of years that simple truth will be apparent to everyone. Why not start now to relieve the suffering of millions of Americans who got in over their heads with student loans and can't pay them back?

And let's not sell the Trump administration short. Liberals have assumed that Donald Trump will protect the for-profit colleges because of his history with Trump University. But I am not so sure. President Trump knows how to read a financial statement and he understands the value of bankruptcy. He might just do the right thing and turn this calamity over to the federal bankruptcy courts.

UC Davis Chancellor Linda Katehi, who presided over UC Davis's scandalous pepper-spray incident, got caught with her hand in the cookie jar. Yesterday, she announced she was resigning from the corporate board of DeVry Education Group, owner of DeVry University. DeVry is currently being sued by the U.S. Federal Trade Commission for making false claims about its job placement rates.

Katehi is making at least $400,000 as boss of UC Davis, more than the Governor of California. But apparently that wasn't enough for her.  According to a CBS report, DeVry paid Katehi $70,000 to be on its corporate board.

Why do suppose DeVry put Katehi on its board? Did it appreciate the great judgment she showed after  UC Davis police officers pepper-sprayed peaceful and nonthreatening students who were participating in an Occupy Wall Street demonstration?

Did DeVry admire the way Katehi handled the pepper-spray incident, denying she knew the police were going to use pepper spray and then allowing the university to file charges against the student victims?

Or perhaps DeVry appreciated Katehi's crisis management skills. After all, she hired a a PR flack in the wake of the pepper-spray incident at a salary of $260,000--more than a quarter of the amount UC Davis paid the pepper-spray victims to settle their lawsuit.

Or maybe DeVry was impressed by Katehi's transparency.  UC Davis refused to turn over the names of the police officers who were involved in the pepper-spray assault for more than two years. In fact, it did not release the names of the officers until it lost a court battle with the Sacramento Bee.

No, we all know why for-profit universities put high-profile figures like Chancellor Katehi on their governing boards. They do it to buy influence, credibility and political cover.

In my opinion, the University of California should fire Katehi for gross misjudgment. Everyone knows that America's for-profit colleges are ripping off vulnerable and unsophisticated students, that they charge too much, and that their student-loan default rates are shockingly high.  For Katehi, who bungled UC Davis's pepper-spay scandal and who is overpaid, to glom on to an extra 70,000 clams by serving on DeVry University's board is disgraceful.