In response to the COVID pandemic, the Department of Education stopped garnishing the Social Security checks of elderly student-loan defaulters in March 2020. However, DOE will return to that practice soon--probably by midsummer 2023.

In an article posted on MSN.com, Vance Cariaga estimated that garnishment of Social Security checks will cost senior student-loan defaulters, on average, about $2,500 a year.

Only a small percentage of elderly Americans have outstanding student-loan debt, but that percentage will likely go up in coming years, partly because millions of college borrowers are signing up for income-based repayment plans that can stretch out for as long as a quarter of a century.

Think about that. Virtually every American is eligible for Social Security benefits. Thus, if the estimates Cariaga cited are accurate, more than one out of five Black Americans will still have student debt when they reach retirement age.

If we were to poll members of Congress, I doubt that a single one supports garnishing Social Security checks of student-loan defaulters in their senior years. Not only is it heartless, but it's also pointless. A Government Accountability Office report that appeared several years ago found that money collected from garnishing Social Security checks seldom reduced defaulters' loan balances. Most of the garnished funds went toward paying accrued interest.

I'll tell you why. Despite all the rhetoric, litigation, and policy proposals, our nation's education and political leaders refuse to focus on the core reality of the student loan crisis, which is that millions of college borrowers have had their lives blighted by student debt they can't pay back. Burdened by student loans, Americans are increasingly unable to buy homes, save for retirement, or even get married or start families.

If Congress truly grasped the magnitude of the student-loan catastrophe, it would do at least these two things: It would abolish the practice of garnishing Social Security checks of elderly student-loan defaulters, and it would allow overburdened student debtors to discharge their student loans in the bankruptcy courts. 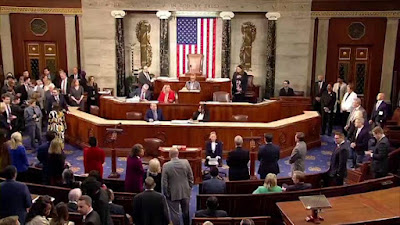