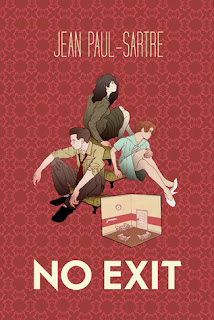 Heather Coplin graduated from University of Pacific's McGeorge law school in 2009 and gave birth to triplets that same year. The infants were born prematurely and all three suffer from profound disabilities. At age 8, one triplet is incontinent and requires an electric wheelchair for mobility. The other two triplets have muscular issues that impair their mobility. Two triplets have required shunts to drain spinal fluid.

Coplin also has a 15-year-old child who suffers from autism. He is six feet tall, weighs 340 pounds and engages in "anxiety-induced acting-out behavior." Coplin has called the police on several occasions to deal with her son's aggressiveness.

Coplin herself is bipolar and has made several suicide attempts.

Although Coplin graduated law school in 2009, she was unable to pass the state bar exam until 2012. She practiced law for a time and even established her own firm. She found, however, that family issues prevented her from working as an attorney. At time of trial, Coplin was a night-shift waitress at the Muckleshoot Casino

Coplin filed an adversary proceeding in bankruptcy court to discharge almost half a million dollars in student-loan debt, some of it accruing interest at the rate of 10 percent. Navient, one of her creditors, agreed to discharge part of the debt, but three creditors opposed a discharge: ECMC, the U.S. Department of Education and University of the Pacific.

Nevertheless, Judge Heston did not grant Coplin a full discharge. Coplin had about $1850 in discretionary monthly income, the judge pointed out.  She could put that amount toward paying off her student loans. Judge Heston ruled that Coplin could pay back $222,000 over a ten-year period; and thus she only granted Coplin a partial discharge.

It should be pointed out that the only reason Coplin had any discretionary income was that she was living in her fiancee's home rent free. In addition, I don't think the bankruptcy judge accurately estimated Coplin's ongoing medical expenses. Coplin said she visited doctors 6 or 7 times a week due to her children's medical issues.

These are my reflections on the Coplin decision:

First, I was struck by Coplin's strong work ethic. As Judge Heston noted, Coplin had worked continuously at a variety of jobs since graduating from law school. She practiced law, sold real estate, worked as a delivery driver, and finally wound up working the night shift as a casino waitress.  No one can say she didn't do her best to feed her family.

Second, I was shocked by the ruthlessness of Coplin's creditors. The creditors--including the U.S. Department of Education--argued Coplin should be denied a discharge because she had not lived frugally.  They pointed to the fact that she occasionally dined at fast food restaurants, had cable television, and had taken a modest vacation.

Is Betsy DeVos' Department of Education saying that a casino waitress with four disabled children is living extravagantly because she occasionally eats at McDonald's? Yes, it is.

Finally, I was astonished by the arrogance of University of the Pacific, where Coplin went to law school. One would think the university would be embarrassed by the fact that one of its law graduates racked up half a million dollars in student-loan debt (including accrued interest), took three years to pass the bar exam and was working as a waitress 8 years after obtaining her law degree. But no--UP wants its money--at 10 percent interest.

In sum, I found the Coplin decision disheartening. If a waitress with four disabled children can't obtain a complete discharge of her student loans in a bankruptcy court then it is difficult to see how any student-loan debtor is entitled to bankruptcy relief. God help us.