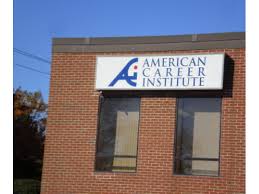 The Department of Education strips ACICS of accrediting authority: It's time to pull the plug on the rapacious for-profit college industry


Willy Nelson
Turn Out the Lights

Last month, the Department of Education stripped the Accrediting Council for Independent Colleges and Schools (ACICS) of its accrediting authority--basically signing ACICS's death certificate. ACICS will appeal of course, and there may be litigation; but for now at least ACICS is essentially out of business.

ACICS accredited 245 post-secondary institutions, mostly for-profit colleges.  These institutions are scrambling to find a new accrediting agency, which is a life-or-death issue for them. DOE requires colleges to be accredited by  a government-approved accrediting agency in order to receive federal student aid money.  Without regular infusions of federal cash, none of these colleges would last a month.

According to Inside Higher Ed, more than 100 colleges that were accredited by ACICS have applied for accreditation with another accrediting body--the Accrediting Commission of Career Schools and Colleges (ACCSC).  ACCSC also accredits for-profit colleges (more than 300), and many for-profits will probably find a new accrediting home with this agency.

But, as Willy Nelson once observed, when the party's over, someone should turn out the lights. And the party is about over for the rapacious for-profit college industry.

Corinthian Colleges and ITT have filed for bankruptcy, leaving thousands of students in the lurch. As state and federal regulatory agencies step up the pressure on the predatory for-profit college industry, more for-profit schools will close. DOE has more than 250 proprietary schools on its "Heightened Cash Monitoring" watch list,an indication that the financial viability of this industry is shaky.  Publicly traded for-profits have seen their stock prices plummet as investors bolt for the exits.

It is going to be ugly, and its going to be complicated. But the time has come to turn out the lights on the for-profit college industry, which has harmed so many innocent and unsuspecting American young people.