All Sales Final! No Refunds! Students lose lawsuit for tuition reimbursement against four Rhode Island universities that closed their campuses during COVID pandemic

Almost exactly one year ago, American higher education shut down in response to the COVID pandemic.  All across the United States, universities closed their campuses and switched from face-to-face instruction to online teaching.
Over the past several months, students brought dozens of lawsuits against their colleges, seeking partial tuition refunds for the 2020 spring semester. They argued that the quality of teaching suffered when teaching shifted to computerized learning.
Some student plaintiffs found sympathetic courts, but a federal judge in Rhode Island dismissed students' lawsuits against four Rhode Island schools: Brown Univesity, Johnson & Wales University, Roger Williams University, and the University of Rhode Island.
Judge John McConnell ruled that the four universities had no contractual obligation to deliver in-person instruction during the spring of 2020.  In Judge McConnell's view, the universities' recruitment materials, which touted lovely campuses and stimulating classroom environments, were mere "puffery" and did not amount to a contractual obligation to teach classes face-to-face.
I think Judge McConnell ruled correctly. Confronted with the coronavirus pandemic, American colleges and universities had no choice but to switch instruction from the classroom settings to an online format.
I sympathize with the students who brought these lawsuits, particularly the one brought against Brown University, an elite Ivy League school. Brown's tuition and fees total $58,000 per year. Students did not shell out that kind of money to take classes by sitting in front of a commuter in their parents' basements.
Nevertheless, America's college leaders were justified in closing their campuses last spring. It was the only responsible thing to do. Surely they realize, however, that they cannot teach students via computers over the long term, even if the coronavirus pandemic stretches out for many months or years to come.
The total cost of attending America's most prestigious colleges now amounts to about $70,000 a year or even more. Most students will have to take out student loans to cover the bill.
If Brown's academic leaders think their students will take out student loans indefinitely for computerized instruction, they are in for a rude awakening.  No one will go into six-figure debt to get an online diploma, even if the credential is from Brown University.
Thus if the COVID pandemic isn't quickly brought under control, it will be the end of expensive private-college education.  After all, a young person smart enough to be admitted to Brown is smart enough not to pay $58,000 a year for an online college degree. 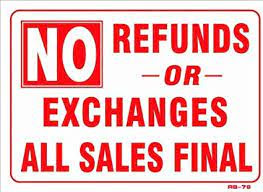