If you are thinking about enrolling in a pricey Ivy League graduate program, read a recent Wall Street Journal article titled "'Financially Hobbled for Life': The Elite Master's Degrees That Don't Pay Off."

Reporters Melissa Korn and Andrea Fuller report on a WSJ analysis of student debt owed by people who graduated from prestigious schools like Harvard, NYU, and Columbia. Two years after getting degrees from these toney joints, a high percentage of elite-school graduates were not working in jobs that would allow them to pay off their student loans.

For example, a New Jersey guy got a master's degree in Fine Arts in film at Columbia. Two years after graduating, he owes nearly $300,000 in student loans (including interest) and earns between $30,000 and $60,000 a year. Will this man ever pay off his student loans? Not bloody likely.

And this is not an isolated example. The WSJ reported that the median student-loan debt for Columbia's film program graduates was $171,000 in 2017-2018.  How many of those people are earning $171,000 in their current jobs? How many will ever pay off their student loans?

What attracts bright people to expensive Ivy League graduate programs? As one Columbia film graduate said, "We were told by the establishment our whole lives this was the way to jump social classes."

But we were told wrong. I got an essentially useless doctorate from Harvard, thinking the degree would erase Oklahoma from my vita. But it didn't. I still have range dust in my diction, and I still see the world much like my hard-scrabble ancestors saw it--the ones who lived through the Dust Bowl.

The WSJ analysis focuses mainly on Columbia University's film program and its graduate program in theatre arts. But there are other unindicted co-conspirators.

Harvard's master of education degree, for example, is a scam.   You can get a master's degree from Harvard Graduate School of Education in only nine months, but the total cost of that experience is $85,000 (including room and board).

I picked up a Harvard master's degree as I went through Harvard's doctoral program. I was proud of it at the time. I went to the graduation ceremony (very posh) and even framed the diploma.

But I no longer put that degree on my vita, and I lost the diploma somewhere along the way.  Thinking back on that experience, I wonder at my naivete.  I sat in packed classrooms containing as many as 200 students, and most of my teachers were nontenured instructors.

I say again. If you are thinking about taking out loans to get an Ivy League master's degree, read the WSJ article first.  If you still want to pursue that path, consult a good therapist--because you are delusional.

Posted by Richard Fossey at 12:08 PM No comments:

Representative Virginia Foxx (R-NC) looks like a kindly grandmother, and maybe she is. But she is also the Chair of the House Education Committee, and her committee's proposal for revising the Higher Education Act makes me wonder if she isn't a cartoon character from Looney Tunes.

Others have commented on the House Committee's proposal--Steve Rhode, Danielle Douglas-Gabriel, and a team of Wall Street Journal writers--all insightful and trenchant. I will limit my observations to one component of the Republican proposal, which is nuts.

Currently, student borrowers can enroll in income-driven repayment plans that last from 20 to 25 years. At the end of that term, the remaining balance on a borrower's student loan is forgiven.

The Foxx committee's proposal eliminate those plans and replaces them with a plan that allows borrowers to make income-adjusted payments on their student loans until they they are paid off. Interest will accrue on these loans during the first ten years of repayment, when the loan balance is capped. But borrowers will continue making income-based payments on their loans until they are paid off or they die.

In short, if the GOP proposal becomes law in its present form (which seems unlikely), student debtors will have only two repayment options: the standard ten-year plan or an income-driven plan that doesn't end until the loans are repaid--which for most people will be never.

Representative Foxx's committee labeled this lunatic proposal the PROSPER ACT (Promoting Real Opportunity, Success and Prosperity Through Education Reform), but a more accurate title would be the Slavery Reinstatement Act.

Let's look at the facts. Last year, 1.1 million student borrowers defaulted on their loans at the average rate of 3,000 per day. And that's just for 2016.

How many Americans defaulted on their loans in past years and never got them reinstated?  The Consumer Financial Protection Bureau reported that figure in its 2013 report, and it was 6.5 million.

Nearly six million more are in income-driven repayment plans, and several million borrowers are not making loan payments because they obtained economic hardship deferments. I estimate that from 18 to 20 million Americans are not paying down their student loans because they defaulted, obtained deferments or signed up for income-driven plans that only require them to make token repayments. Most of these people will never pay of their student loans.

And what's the GOP Education Committee's response to this catastrophe? An income-based repayment plan that never ends.

GOP advocates may argue that most borrowers in the proposed income-driven repayment plan will eventually pay off their loans. But that notion is delusional. Borrowers who can't pay off their student loans in ten years will likely never pay them off--no matter how long they make income-based payments.

The student-loan program in its present form is an unmitigated disaster. But Representative Foxx and her GOP cronies on the House Education Committee have done something I thought no one could do. They have come up with a plan that makes this disaster even worse.

Many small liberal arts colleges are closing: Don't borrow money to attend an institution that is struggling to survive

Many small liberal arts colleges are on the brink of closing, making them a poor risk for people struggling to decide where to get their liberal arts degrees. Last year, one-third of colleges with enrollments below 3,000 students ran operating deficits, which is a very bad sign.

Even these schools' chief financial officers, who have every incentive to paint a rosy picture, are worried. According to the Wall Street Journal, only about half the CFOs at private, nonprofit colleges rated their institutions as being financially stable.

Small liberal arts schools are trying all sorts of strategies to survive. Some, like Holy Cross College in Indiana, have sold real estate to get cash infusions. Others, like Wheelock College in Boston and Shimer College in Chicago, have merged with larger institutions. And some, like Sweet Briar, are sending out distress calls to alumni, hoping cash infusions from wealthy patrons will keep them afloat awhile longer.

But the handwriting has been written on those ivy-covered walls; small liberal arts colleges have no long-term future. Some may limp along by selling real estate or drawing down their endowments, and some may continue to exist in an altered form by merging with stronger institutions. But the small, free-standing, liberal arts college is dead.

What are the implications of this shake up in the higher education industry? First, if you are shopping for a college, do not take out student loans to obtain a liberal arts degree from an obscure, private college that may be extinct before your student loans are repaid. How will you feel if you are still writing monthly student-loan payments ten years after your beloved alma mater closes its doors?

And college administrators and trustees should think about the ethical implications of continuing to recruit students when all the insiders know that their college is on its last legs. Is it morally right for a college with a string of annual budget shortfalls to hire an advertising firm to lure new students?

Of course, small colleges have the right to fight for survival and to try various strategies to meet their operating budgets. But the time must come when terminally ill institutions, like terminally ill hospital patients, must face reality.

A small college can keep itself alive from month to month with regular infusions of student-loan funds and Pell Grant money, just like a comatose patient can live from day to day by being fed intravenously.

But the day finally arrives when it is apparent that a dying institution is only postponing the inevitable by rolling out new schemes to raise cash or lure more students. And that day has come for dozens and dozens of small, private, liberal arts colleges. 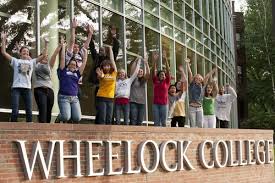