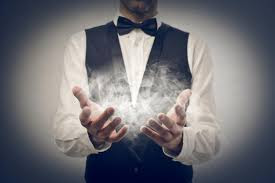 America's "Men Without Work": It's not their fault

Almost a third of American men in their prime working years are not working. Thirty-two percent of men older than 20 are out of the labor force--double the rate in 1948. And a lot of unemployed men aren't even looking for work. According to Nicholas Eberstadt,  author of Men Without Work, only 15 percent of American men in the 25-54 age group who didn't work in 2014 said they were unemployed because they could not find a job.

Of course some of these men are disabled, but the percentage of men sitting on the sidelines because of some certified disability seems too high. Eberstadt reports that there were 134 workers for every officially disabled person in 1960 (as summarized by George Will). Today, there is one disabled person for every 16 workers--in spite of the fact that the American workplace has become much safer over the last 50 years.

Eberstadt argues that unemployment has become a "viable option" for millions of American men, and George Will implicitly scolded this vast population--saying these unemployed men have chosen a life of "protracted idleness."

But I know some of these men, and I think most would prefer to be working. Here are some examples of men I know personally.


I  come in contact with unemployed men all the time, and few of them are happy. No wonder the suicide rate for middle-aged white Americans has gone up substantially in recent years, along with death from alcohol- and drug-related causes.

In my opinion, this doleful trend cannot be explained by laziness. There are lots of reasons.

First, the nation's economy has failed working-class and middle-class Americans--which is what Donald Trump has been saying with considerable effect. Millions of Americans have been shoved out of the workforce as low-skill and medium-skill jobs have gone overseas.  And of course, our multinational corporations don't give a damn about the millions of Americans who have been thrown out of work. Profits are greater if goods are manufactured by exploited Asians rather than middle-class Americans.

And postsecondary education is a disaster. Our government is shoveling money into predatory for-profit colleges that have ripped off our most vulnerable young people--minorities and first-generation college students. Our elite liberal arts colleges obsess on race and sexual identity and care more about creating "safe spaces" than they do about producing problem solvers. Our public institutions have become vast bureaucratic mazes run by spineless and clueless administrative robots.

No wonder so many working-age men are unemployed. They didn't get the skills they needed to be productive workers in our post-industrial economy. Many of them tried to get those skills and wound up with no skills and a lot of student-loan debt.

Third, American cultural institutions no longer respect and support the American family. There was a time when our government, our churches, and our civic institutions honored the American family; and it was universally understood that the foundations of our culture rested on extended families that nurtured children and provided essential support for their members in times of trouble. I thank God I am part of such a family.

But all that is falling away. And this distressing trend, in my view, contributes to a vast subculture of working-age men who do not work. At one time family obligations and a personal sense of honor prompted men to work to support their families--even if that meant working for poverty wages under humiliating conditions.

But many men no longer recognize family obligations. They do not work and save so their children can go to college. Rather their children are expected to take out loans to pay for their college education. They do not recognize a moral responsibility to be the breadwinner for their wives and children; women are expected to work. In fact, our society celebrates the fact that it now takes two working adults instead of one to support a family--as if every working woman is a lawyer or a brain surgeon instead of working as clerk in convenience store, which is the reality for millions of working American women.

It's not their fault

In short, the high percentage of unemployed men cannot be explained by indolence. Our culture, our government, our colleges and schools, and our post-industrial economy have conspired to create a world in which millions of American men see no point in working. And to suggest--as some commentators have done--that this calamitous trend is attributable to laziness completely misses the mark.