"Luxury" apartments for college students: How will the kids pay the rent?

Bloomberg Businessweek carried a story recently about the emergence of luxury housing for college students. In recent years, real estate developers have been building "amenity-rich luxury apartments" near universities. These new apartment complexes are very attractive to students, especially when compared to the often run-down dormitories that the universities operate.

But these so-called luxury apartments are expensive, and they've contributed to the rising cost of student housing. As Bloomberg writer Ali Breland reported, "the estimated cost of on- and off-campus room and board at a four-year public university climbed by more than 82 percent, adjusted for inflation." During the same time period, rents across the nation as a whole only rose 19 percent.

How are students paying for their fancy digs? Many of them are paying the rent with student loans. The average college graduate now leaves school with $35,000 in student debt, and for many students, a significant chunk of that money was spent on housing.

So what's the problem?

First of all, a lot of students are taking out student loans for housing they really can't afford. When their student-loan bills come due, a lot of them will wish they had lived more modestly while they were working on their degrees in medieval literature.

Second, by borrowing money to pay for "luxury" living, students are living a lifestyle they can't sustain after they finish their studies and go looking for a job. It is hard for college students to accept the reality that their standard of living will go down once they've obtained their college degrees.

The upscale student-housing boom imposes a cost on college communities as well.  A lot of this so-called luxury student housing isn't luxurious at all.  Student-housing complexes may have swimming pools, clubhouses, and shiny appliances, but many of them are shoddily constructed, with plastic interior doors and particle-board cabinets.

I live just a few blocks from some of these student-oriented apartment complexes, and even the newer ones are beginning to look the worse for wear.  The day is fast approaching when these faux-luxury apartment buildings will just be slums.

But the real estate developers don't care. These complexes are being packaged and sold to investors as commercial real-estate-backed securities--very similar to the mortgage-backed securities that were being peddled before the housing crisis of 2008.

In my view, the luxury student-housing boom is a bubble. Too many of them are being built. No wonder the default rate on student-oriented housing mortgages has rocketed up to 9 percent!

Posted by Richard Fossey at 11:12 AM No comments:

I live on LSU Avenue about two blocks from Louisiana State University. I also live about a block from Highland Road, an old thoroughfare dating back to the early 19th century. Highland Road received its name because it is above the Mississippi River flood plain--on high land.

Over the past few years, I have seen a frenzy in the construction of private student-housing apartment complexes in the flood plain not far from my house. Literally, thousands of units stretch for several miles south of the LSU campus.

How are they financed? A lot of them are financed through Commercial Mortgage Backed Securities (CMBS), which are securities made up of student-housing commercial mortgages. They are very similar to the ABS (asset-backed securities) that went belly up during the 2008 housing crisis as overpriced homes went into foreclosure by the thousands.

Now here is an interesting development. According to Commercial Real Estate Direct, delinquency rates for CMBS investments in student housing have "skyrocketed" by 144 percent over the past 12 months. This source reports that the delinquency rate for CMBS investments in student housing has increased nearly three-old to 9.11 percent.

Another source in the CMBS industry reported that student-housing delinquencies in CMBS 2.0 investments (CMBS entities created since the 2008 housing crisis) are 7 times the delinquency rate of the overall CMBS market.

Why the spike in delinquencies in the student housing sector? I can think of only one reason: oversupply. All over the United States, we see private, student-targeted apartment complexes springing up around college campuses.

There are simply too many apartments for the student housing market.  I see this first-hand in Baton Rouge. I'm guessing that delinquencies are ticking upward all across the country because a lot of these student-targeted apartment complexes have too many empty units.

The investors who are financing the student-housing frenzy around college campuses don't care if they are contributing to oversupply. They build the apartment complexes and then bundle them into mortgage-backed securities, which are sold to investors. It is the investors who bought the securities who will take the hit when delinquency rates go up.

Oversupply hurts the older apartment complexes the most. Students naturally move from older units to newer units, which often have more amenities, like clubhouses and swimming pools  Many of the older student-housing complexes were shoddily constructed and soon develop a tawdry appearance. As vacancy rates rise, less money is spent on maintenance and repair.

In my town, the glut in student housing around LSU is slowly creating one big slum. Massive overdevelopment of student housing has overtaxed the road system as thousands of young people travel in and out of the flood plain to get to the LSU campus or to their part-time jobs.

The city of Baton Rouge appears to be doing nothing to regulate the student-housing market or to limit the number of apartment complexes that can be squeezed into the flood plain. I suspect the real estate developers are making strategic campaign contributions to our elected officials to look the other way while the speculators trash the city.


College students are a massive population of young people with money to spend. They all have access to about $50,000 in federal student-loan money during their undergraduate years and an almost unlimited amount of new student-loan money if they go to graduate school. The students have the cash to live in near-luxury level apartments.

But if the levees fail east of the Mississippi River, the flood plain will be inundated in about ten minutes. All this slum housing will be swept away and thousands of people will drown. But of course the levees won't fail. We can count on the Corps of Engineers to keep our college students safe. 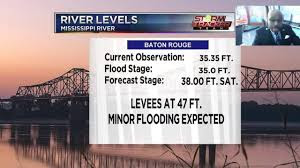