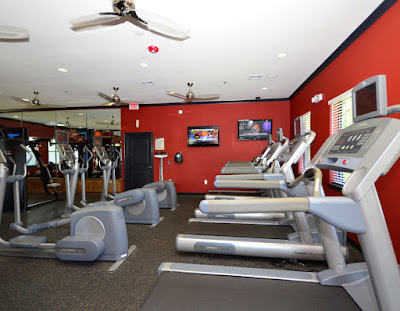 "Luxury" apartments for college students: How will the kids pay the rent?

Bloomberg Businessweek carried a story recently about the emergence of luxury housing for college students. In recent years, real estate developers have been building "amenity-rich luxury apartments" near universities. These new apartment complexes are very attractive to students, especially when compared to the often run-down dormitories that the universities operate.

But these so-called luxury apartments are expensive, and they've contributed to the rising cost of student housing. As Bloomberg writer Ali Breland reported, "the estimated cost of on- and off-campus room and board at a four-year public university climbed by more than 82 percent, adjusted for inflation." During the same time period, rents across the nation as a whole only rose 19 percent.

How are students paying for their fancy digs? Many of them are paying the rent with student loans. The average college graduate now leaves school with $35,000 in student debt, and for many students, a significant chunk of that money was spent on housing.

So what's the problem?

First of all, a lot of students are taking out student loans for housing they really can't afford. When their student-loan bills come due, a lot of them will wish they had lived more modestly while they were working on their degrees in medieval literature.

Second, by borrowing money to pay for "luxury" living, students are living a lifestyle they can't sustain after they finish their studies and go looking for a job. It is hard for college students to accept the reality that their standard of living will go down once they've obtained their college degrees.

The upscale student-housing boom imposes a cost on college communities as well.  A lot of this so-called luxury student housing isn't luxurious at all.  Student-housing complexes may have swimming pools, clubhouses, and shiny appliances, but many of them are shoddily constructed, with plastic interior doors and particle-board cabinets.

I live just a few blocks from some of these student-oriented apartment complexes, and even the newer ones are beginning to look the worse for wear.  The day is fast approaching when these faux-luxury apartment buildings will just be slums.

But the real estate developers don't care. These complexes are being packaged and sold to investors as commercial real-estate-backed securities--very similar to the mortgage-backed securities that were being peddled before the housing crisis of 2008.

In my view, the luxury student-housing boom is a bubble. Too many of them are being built. No wonder the default rate on student-oriented housing mortgages has rocketed up to 9 percent!

Posted by Richard Fossey at 11:12 AM No comments: